I thought I would write and let you all know what's happening to me on my cancer journey.  About 3 months ago I started peeing blood. Not a good sign I thought. Anyway it turned out to be bladder cancer.  When I was a young man and was told about the procedure of putting something up your Willy,  I shuddered and thought God,  I hope I never have to go through that.

There was one other procedure I felt the same about but more about that later. The flexible cock-o-scope (can't remember the name) actually wasn't too bad. This was to have a look at the cancer growth.

It was decided to do a rigid cock o scope and fortunately they knocked me out for that. However, urinating for a few days after that was not fun! This was allocated to the private hospital in Cheadle. The difference between that hospital and Stepping Hill is like 3rd. world to 1st. world. Very depressing really. The surgeon scraped as much away as possible but the biopsy showed the cancer had gone into the wall of the bladder.

Bad sign. I then had a scan to check if it had spread. Well it had, but only (only!) to the lymph nodes in the pelvis. Chemo therapy at Christies. As bad as the cock o scope was, chemo therapy is worse. Not the application. I was just fed intravenously for 8 hours. But afterwards! Just felt awful, hard to describe but the worst was, I lost my sense of taste! Imagine eating, but every mouthful is unpleasant. Even water didn't taste good. Horrible, horrible.

Just lately I asked for a catheter, yes asked for one! One of the side effects of the cancer is that I pee very often and that means I can do it about 8 times per night. This means I don't get a decent night's sleep and my brain doesn't work too well. Anyway, I won't go into too much detail but it leaked,  District nurses came and put another one in. That leaked. All over my best red trousers. At one point I'm stood in the bath, urine stained trousers round my ankles trying to take apart the urine tube and bag. I had thought my low point might have been my self administered enema but this came close. Which reminds me, reading about catheters I came across the advice given to a man who wants to have sex with his wife. Just disconnect the bags and fold the tube back along the penis. There's always someone worse off than you.

But I want to end this on a more positive note.

I was introduced to Walking football by my neighbour, we started in Hayfield with Mick and Steve Owen. Low standard, for most, but good fun.It was like a window had been opened to me. As an old man in my 60s i didn't think of team sports. Thought those days had gone! I played rugby so I had a bit of catching up to do.It has been a privilege to play with some of the players.

They say old dogs can't learn new tricks but they're wrong. David Partington taught me to be on my toes not my heels when defending, I marvel at the footwork of Terry the cabby. 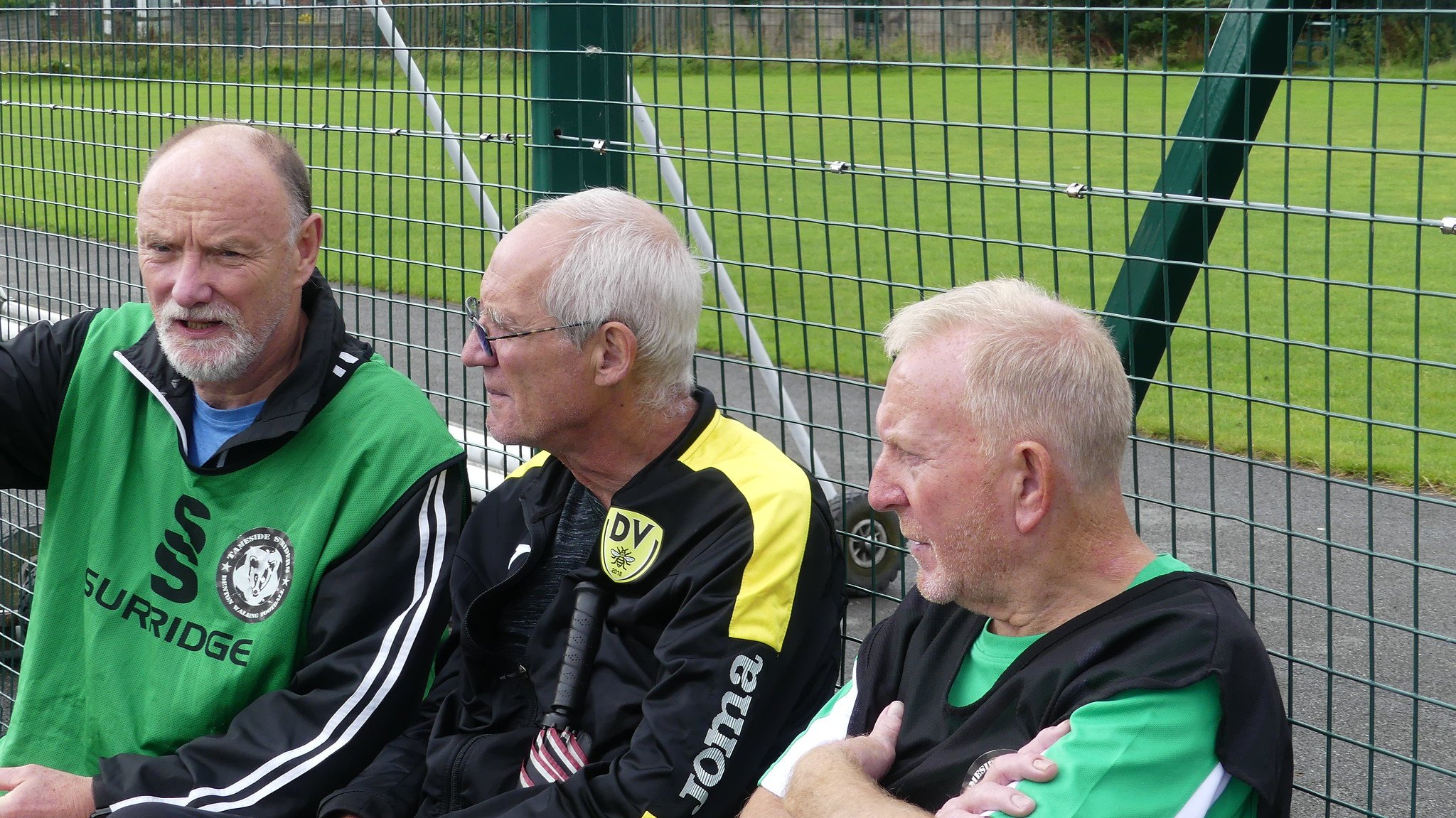 Gordon Nixon has an uncanny knack of shifting his weight to stop a pass, Tony Cravagan broke my heart many times by taking the ball off me. I haven't seen Les at the pitch for a while but he was an example to me, keep trying! And improving.

I had good comradeship with many others and let's face it the opposite with a few. The game, any game really, is a boon to body and mind. We originally started with the aim to appeal to anyone, but of course the word spreads and eventually ex players attend and the standard goes up. Alan tried to cater for lower level on a Thursday, and it worked for a while with an excellent attitude and sense of fun. 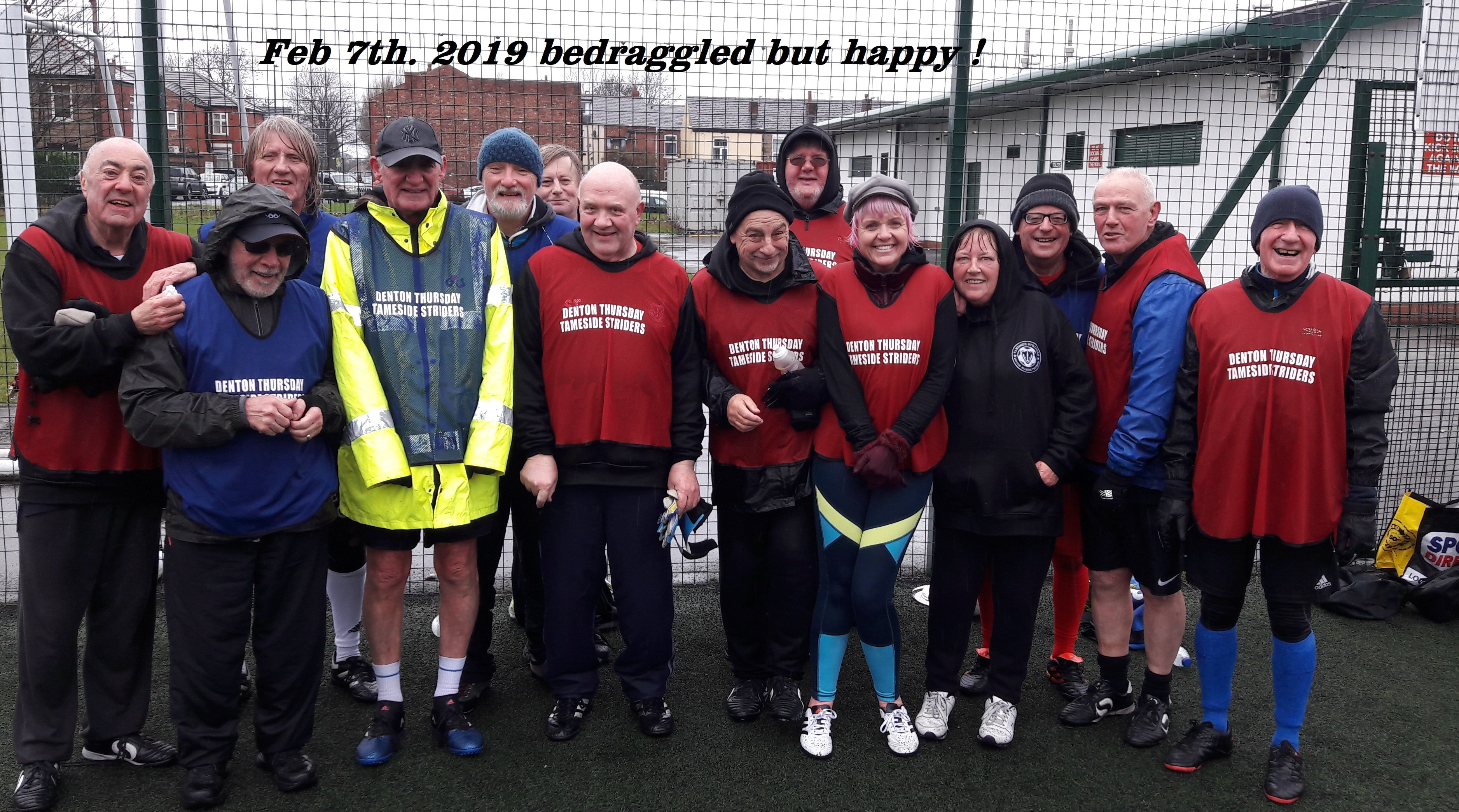 So.... Live long and prosper and every time you turn up, do what I used to tell my kids every day..... Make someone smile.