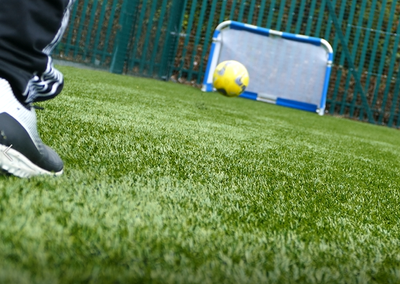 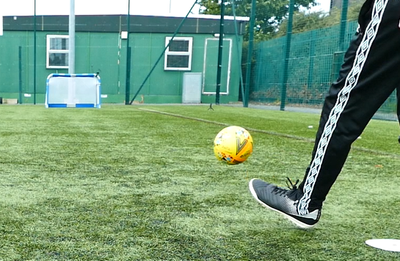 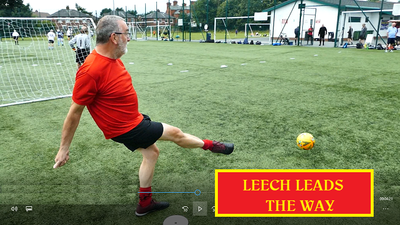 THIS COMING WEEK 17th. and 19th of August we will commence round three , even though  a handful of entrants have yet to complete round two.  We need to move things along.   The twenty metre kicks will take place on the far side of the pitch between the two sets of goalposts at the Bentley Road end.  Those still taking part  include:
Round 2 - David Moore (2) , Steve Tomlinson (2) , Frank Matthews (3) and Russ Martin (1).

We need to get as many of these kicks taken as possible this week , and we may be left with a cliffhanger finish to complete before the months end. Once the financial pot has been divided, and the winner rewarded with 50% of what's been collected, anyone who wants to add to the SCFC Juniors Defibrillator fund can do so and this will be added to the total sum donated.

A plethora of penalty kicks for a pay the pen 'pot-pourri' https://www.youtube.com/watch?v=0YsExUN60Ps

Pay the penalty - the story so far...CLICK THE LINK IMMEDIATELY BELOW
VIDEO ROUND TWO


..with Round Two now well underway the competition was capped at thirty entrants. It's a manageable number to tag on to the end, the middle and the start of our sessions. All this stuff takes time !

So far four people have been eliminated, including the Group Chairman Gordon Nixon and Group Secretary Alan Richards.

Les Gillan and Jim Stewart join them on the list of wayward shooters.

Two players have one shot apiece due in Round Two they are Brian Hadfield and Russell Martin.

Several players carry two kicks forward into their next round (2) and they are Garry Pearce, Steve Amison, Brian Stafford, Mike Caldwell, Steve Tomlinson and David Moore. Please remember to bring your remaining one pound coins and we can get the round boxed off.

Those with three shots to carry on with are Stuart Saint and John Gaskin (both fully paid up) and John Williams who owes a sky diver. Keith Yardley, David Wilson, Frank Matthews, Peter Jarvis and Alan Brodie all have a trio of spot kicks to aim for the cash with.

Peter Collins and Bill Lancashire meanwhile have the healthiest outlook going forward into round two with FOUR kicks each from the greater distance.

At the suggestion of Garry Pearce we are trying to engineer a 'final' of sorts but this will depend on the relevant contenders in the closing stages attending on the same day. We can make it look that way for the camera of course. Speaking of cameras there will soon be more footage of recent efforts going online. Not the most riveting viewing you might think but so far the clips have attracted two hundred and seventy views !

Roll up roll up ready on Tuesday to complete your goes and press forward towards winning seventy five knicker for yourself and the same amount for the Stalybridge Juniors Defibrillator fund.


Before we start with Round Two next week we'll have a complete scorecard reproduced here.  For now though, take a look at today's action with the video linked here https://youtu.be/Wbl0nFRMwY4

Round One is almost complete with five more players registering their initial totals today.
Bill Lancashire was the most accurate with four tip-top strikes on target. Messrs: Jarvis, Brodie and Yardley claimed three three each with David Moore on two. A total of a tenner into the ice cream tub.

Some film of today's efforts can be found here click

David Fielding was asked to take his pens on a different [art pf the pitch. He unerringly struck five out of five on the bounce. Thinking about this later it was thought fairer to have him take the kicks on the same stretch as everyone else. David was in agreement but unfortunately he injured his Achilles tendon today and has asked yours truly to take his kicks by proxy. I hope for Dave's sake I can muster a similar tally.

Round One will hopefully be completed next week Tuesday and Thursday 27th.& 29th. July.
The competition is already a success with £47 in the 'Carte Dor' ice cream tub from 47 failed attempts to hit the target.
A successful strike rate of just over 50% so this is obviously much harder than it first appears.

With a host players on two spot kick conversions, six players on three - including David Wilson who made light of his vision problems (and now says he will be returning to playing walking football sometime in the future).
A cool attempt from Peter Collins saw him bag four 'pens' but it was John Leech who claimed a 'full house'.
Everyone of the twenty entrants so far is still in credit and therefore will go through to the second round when we get there.  Round One still awaits YOU if you bring your fivers.

To clarify: if you've missed three kicks you'll have two pounds left so that 'buys' two more attempts in Round Two when the distance will increase to SEVENTEEN metres. That's still short of the half-way line when we used to use that guide in Sweeper/Keeper games.

Remember if you are the last an standing with a pound or more in your hand then you take 50% of the pot which could be a handsome sum not to be sneezed at ~ the other 50% will go to the good cause we have identified.

Much more of this to come. It obviously takes time to organise and time to complete the process so please be patient as the competition unfolds. Be prepared to complete the job in the rain - we've done well so far !

UPDATE: 22 players have registered and there is still room for YOU !
Given the number of entrants we will arrange to carry out the process over the next few sessions as and when the entrant is available, before, between or after sessions when we still have unused pitch time. Have your fiver with you and deposdit it with the Treasurer who will refund you five pound coins - this is also a neat way of changing coins into notes of course! (method in the madness) we'll keep a paper record of your spot kicks as you convert them or miss. By a whisker or a mile you still put a quid in the bucket. Convert the kick your funds remain intact until your next round.

Round one will be from 14 metres distant and every subsequent round will see the ditance increase. (If we're still doing this at Christmas I'll concede it was a daft idea ! Ed)

Our 'good cause' will be the Defibrillator fund for Stalybridge Celtic Juniors - (more details below) The winning kicker gets to keep fifty per cent of  the contents of the bucket and  needn't be minded to donate that too...it may be as much as fifty quid and that's a deserved prize for such  a competition.

Remember 'Pot-a-Pen' for Sport Relief in early 2020 ? March, I think it was. Whenever, it was an enjoyable diversion as the pandemic waited to pounce.

Players register first of all. On the allotted time of Round One (might be different days for different players) they hand Alan Richards a five pound note - he gives them five one pound coins back.

Round One penalty kicks into an unguarded mini-goal from 14 metres just like Sweeper/Keeper. For every penalty you miss you put a quid into the collection bucket.

Keep your coins between rounds.

If you've got money left you enter Round Two this time the kick is taken from 17 metres - a little further so a little harder. Any you miss then you put another quid into the bucket. If you have coins left you progress to round Three when the kick is taken from TWENTY METRES distance (half way line equivalent) . We carry on increasing the distance until only one player has money left from his fiver and has put fewer pound coins into the 'kitty' than all of his rivals.


The rounds may all take place on one day depending upon circumstances. On the other hand the contest may be extended over several weeks as and when we can get the time and the space.

The contents of the bucket at the end of it all will be split 50/50 between a good cause and the winning penalty 'King'
We'll start taking names soon, it's expected the competition will start in July and end sometime in August.

A good cause has landed in our laps at an early stage. Stalybridge Celtic Juniors, of which Garry Pearce has been an extremely important component for many years have launched a 'Just Giving' appeal fund for a 'Defibrillator'.

The average age for a cardiac 'event' or heart attack is much younger than you might think, and it's brought right down by the number of children who are affected. This is rare. Of course it is, but not quite so rare as you may think. We will be looking to donate at least 50% of the money raised in this little sideshow to the S.C.F.C. Juniors 'Defib' Fund.
The eventual winner will be encouraged to keep their share of the pot....it's only reet !

Due to the sad passing of our founder and secretary, Alan, it was unanimously decided at our AGM (19.10.21) that the entirety of the funds raised should be donated to Stalybridge Celtic Juniors, to aid with their funding for a team Defibrillator. Thanks to everyone for their kind support.