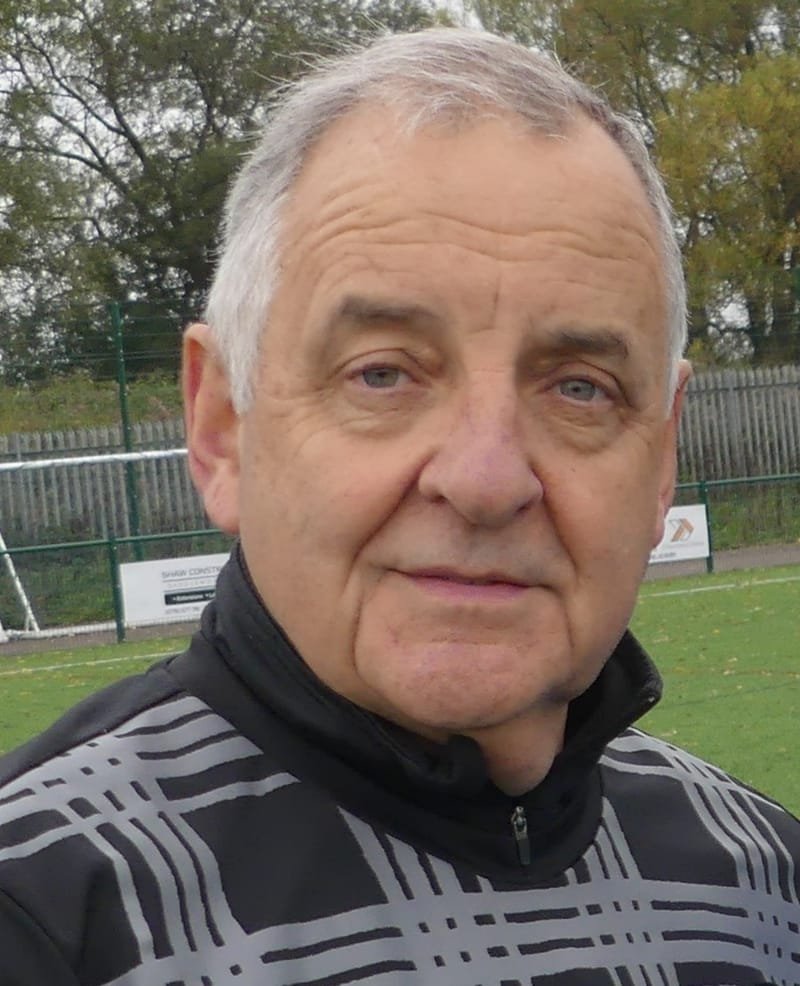 Born in the summer of 1952 in Knowsley Village outside Liverpool, Garry was the oldest of three children.  His Mother had many jobs, including fostering and over the course of the years the family had over thirty different  kids living under their roof. 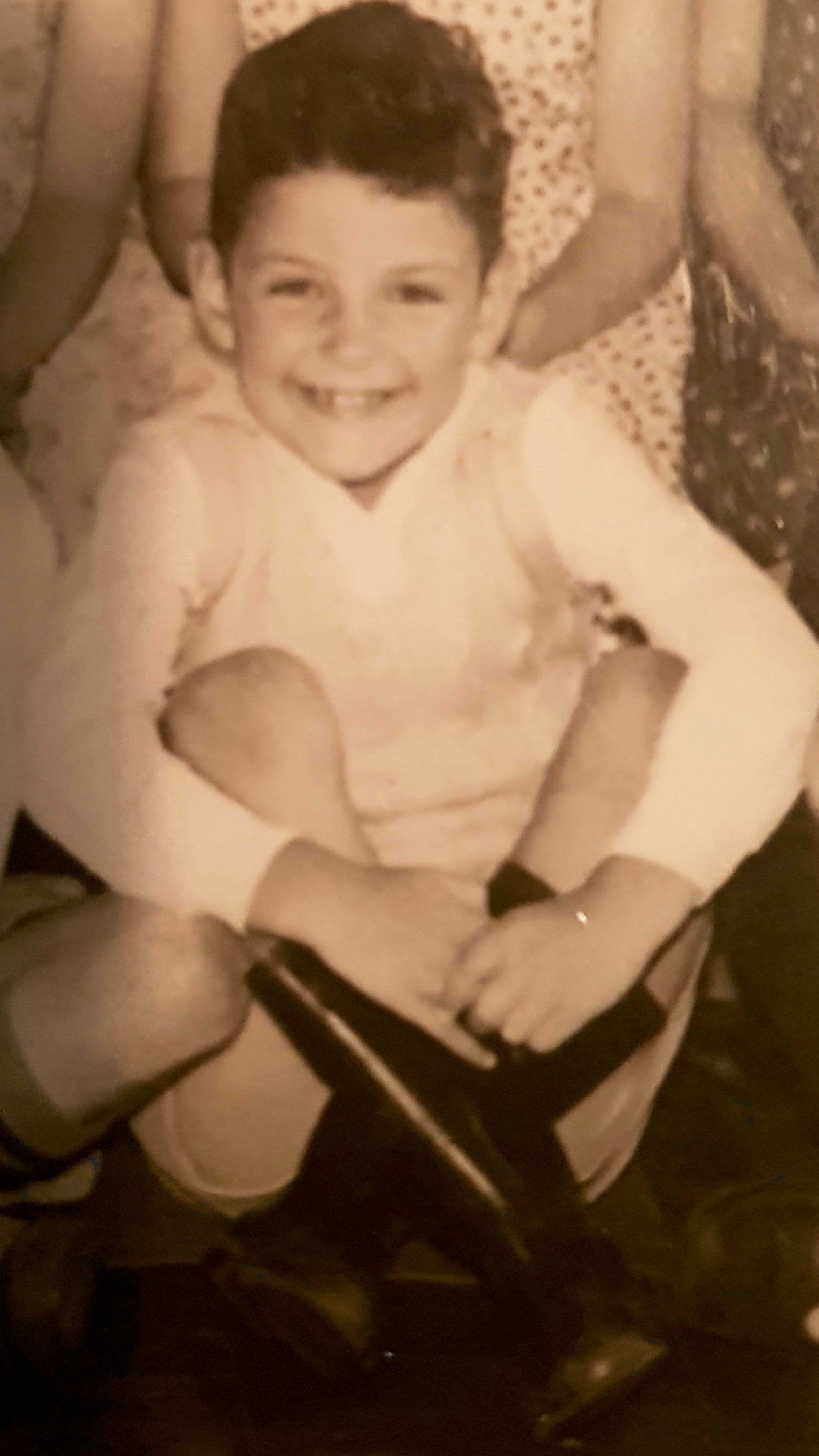 His Father worked at the (then) huge 'English Electric' factory in Liverpool, and  held  various posts. His long service employment there covered almost fifty years.  Remarkable. 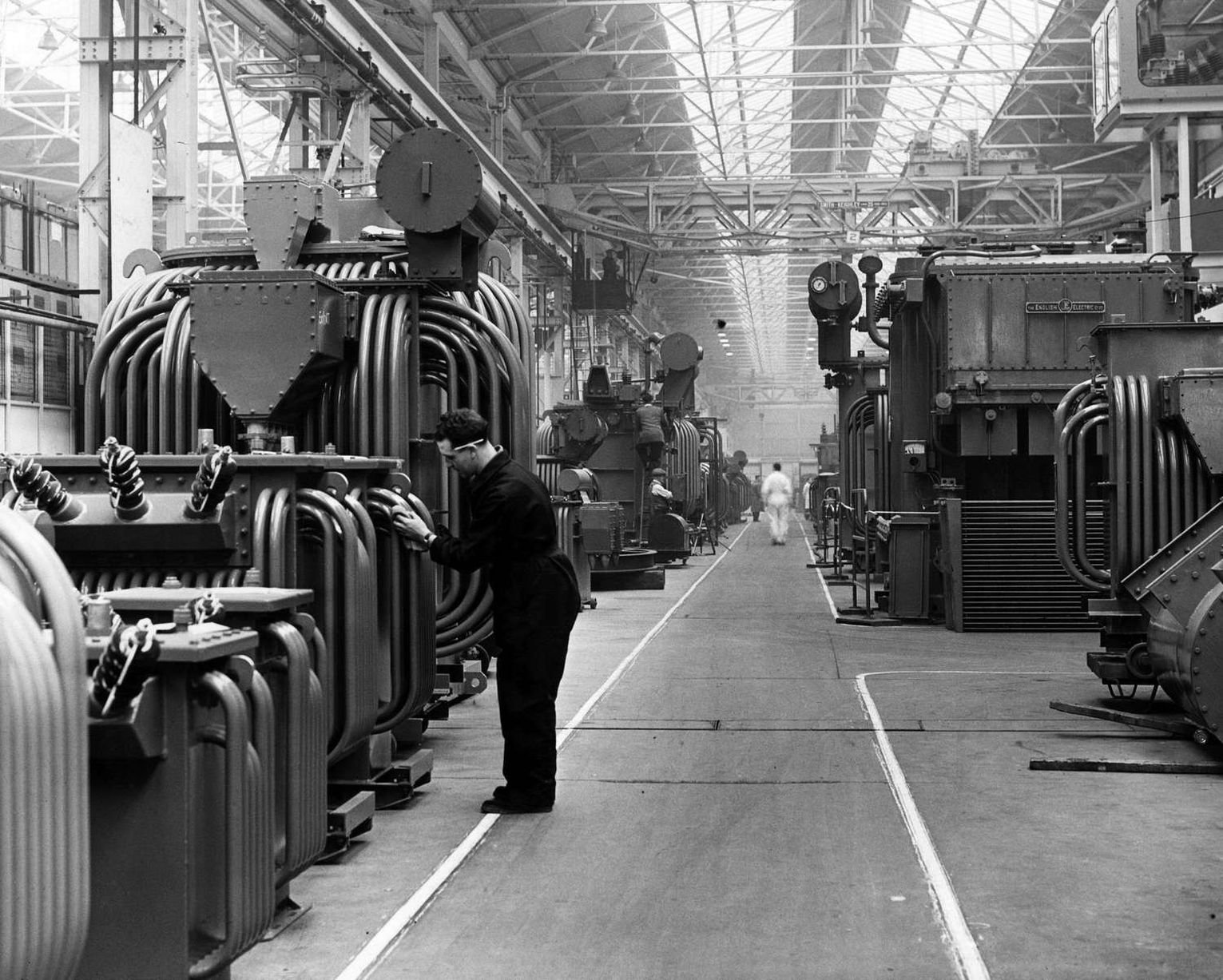 Garry passed the 11-plus but actually declined a position at Prescot Grammar School  for a chance to go to a comprehensive in nearby Kirkby. For a lad from a small village, it was an eye-opener to be pitched in to a school with 2000 pupils! There he  played some school football,  but was only ever in and out of the house team and never got anywhere near the full school team,where he describes the  competition "as fierce as you could imagine".  (I can well imagine - Ed.)

Back in the early sixties, football was always a big part of the lives of the Pearce family.

At that time though  in his home village Liverpool fans were in the minority, the club having only just got into the first division with the start of the Shankly era. 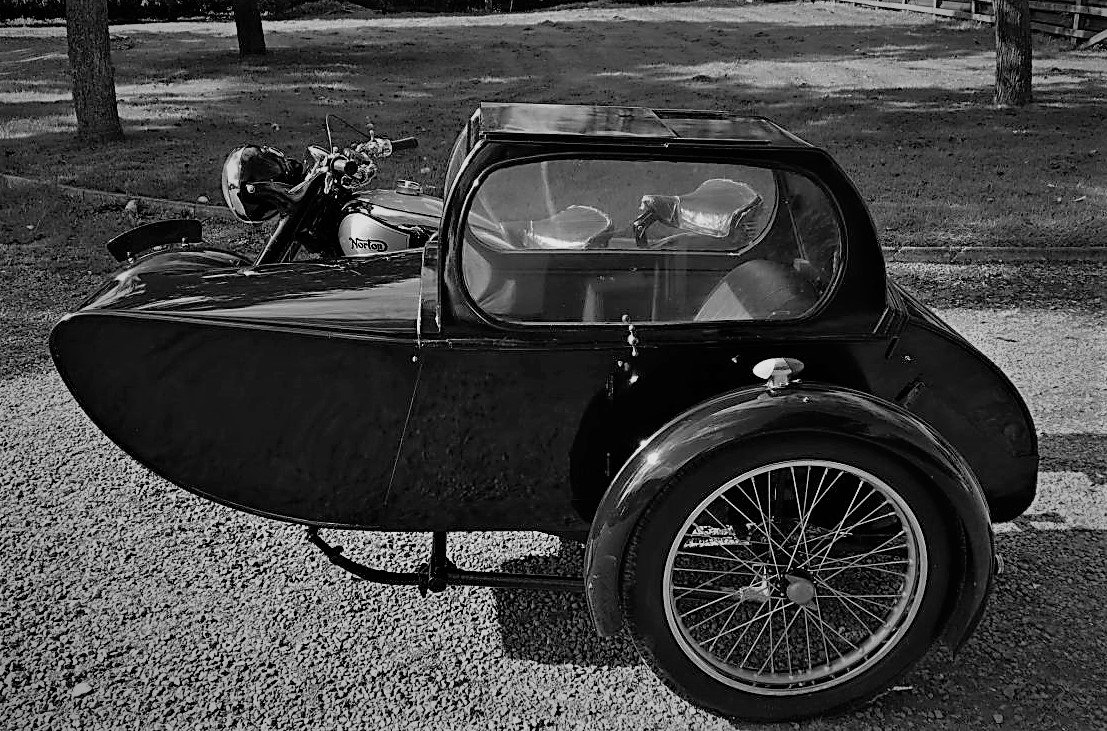 Garry's dad had a Norton motorcycle and sidecar  combination, and Garry and his brother would travel to the games and watch from the Anfield Road End.  The famed rough and tumble of the  Spion Kop  at the other end of the ground was not something he experienced until just  a little later. From there on in  'The  Kop' was the place to be.  In fact once  Garry had started work at 16 years of age in a large grocery store in the City Centre, night games were always the favourite for this keen teenage fan. 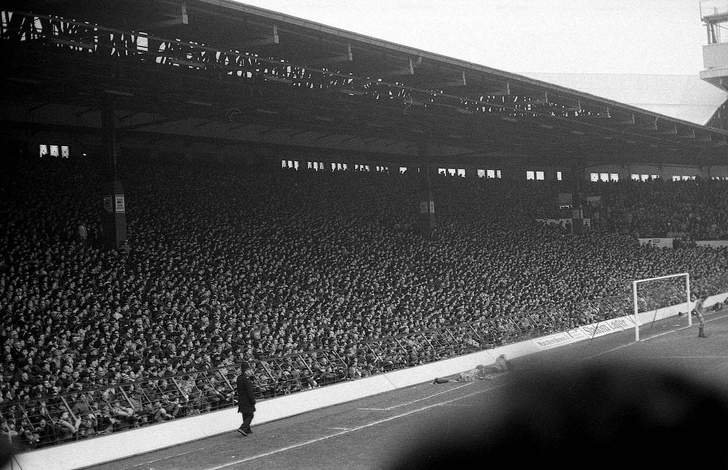 After a brief flirtation with the  grocery world, jobs in the Betting industry soon followed.

Full and part-time for many years in many areas of the North West. One particular Betting Shop was on the docks at Liverpool. "When the high tide came in,  the shop which had a sloping floor, would flood half way up ! " he vividly recalls . Clearly   Health and Safety wasn't a priority back then. 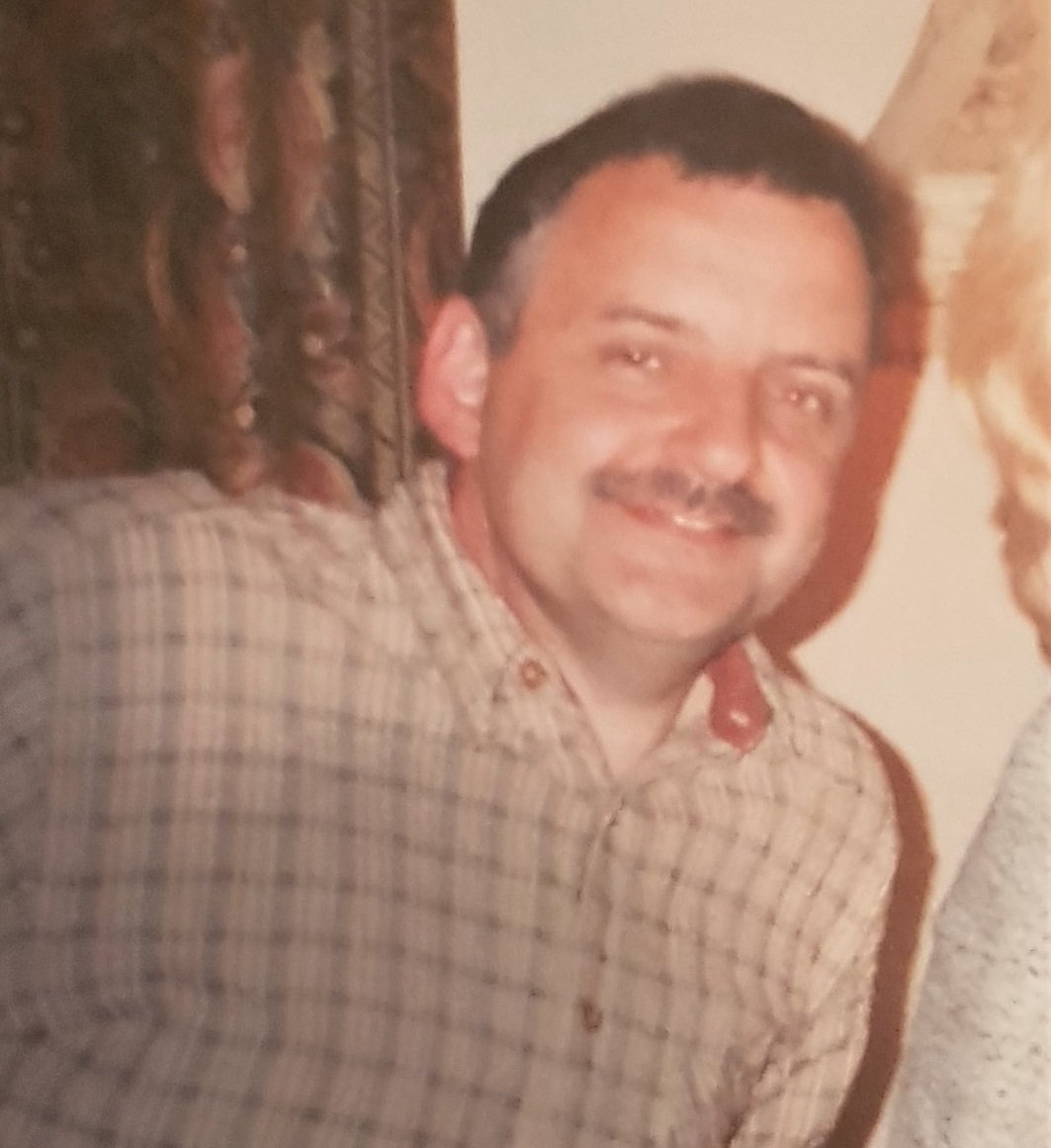 Thirteen  years as a  St. Helens  council employee followed  with the housing department, collecting rent .   Then, in his mid-thirties his working  life took on  a significant change.  He was offered a job (helped by paternal influence) as a salesman with a Liverpool corrugated packaging company.

This became  the industry in which Garry worked for the next thirty years, including a four-year spell at Rowpak Containers in Audenshaw,  a move  which brought him to Tameside, from Wigan where he'd been settled.   Garry eventually moved on from Rowpak to  a number of medium term placements within the world of cardboard packaging all of which broadened his experience.

This upward path culminated with a managerial   role at  'Manchester Paper Box'  where his sales expertise came to the fore . Located at Cheadle Heath, his extensive experience  was put to good use as 'Sales Manager'  in  a thirteen year stint in this important role.   His long and successful  association with the company took him all the way to retirement. 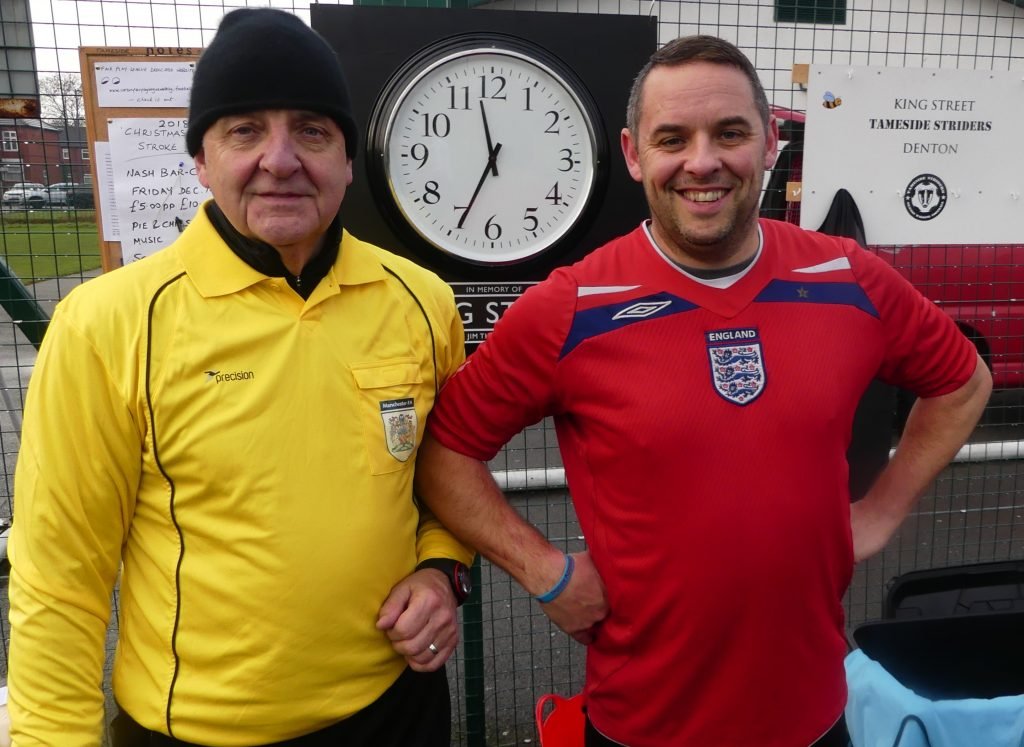 Garry played the regular game on and off for many years, mostly for work teams and local sides.

When he reached his forties, he took up five-a-side, playing in goal where his lack of height was not a disadvantage. Also at this time, he became a referee, something he did for a good few years, mainly junior games but some local pub leagues too, which were never his favourite!

Garry became involved with Stalybridge Celtic Juniors in 1993 and is still, 27 seasons later, part of the Junior's set up.  It was at the Junior's in 1993 that Garry first met Peter Quinn, who Garry encouraged to become part of our Denton Group and also Colin Fielding.  Some 20 plus years later, a chance meeting in Tesco led to Garry 'recruiting' Colin to join our group.

Alan Graham was also invited to join us when Garry first met him up at the 'Soccer Centre' on Mossley Road, on the edge of Ashton-Under-Lyne.  With  the Juniors, Garry had three years as vice-chairman (Colin was Chairman at that time), then ten years as Chairman.  The role included  coaching at the club's Soccer Centre and managing teams, which he still does, albeit in a less intensive way these days.

Also, in 1993, whilst working for a national packaging company, Garry met his wife, Lisa, a Norfolk girl. She relocated to be with him,  and  they settled  in Droylsden before moving to Stalybridge.   Garry has a son in Wigan and a daughter in Delph, both in their late forties.

When he  joined the 'The Nash Amblers'  walking football group at Curzon Ashton F.C. he originally played almost exclusively as a goalkeeper.   Following an unfortunate shoulder injury  - sustained whilst playing in goal for Tameside  Striders - in Heywood's  GMWFL, in November of 2018 he returned almost exclusively to Refereeing. 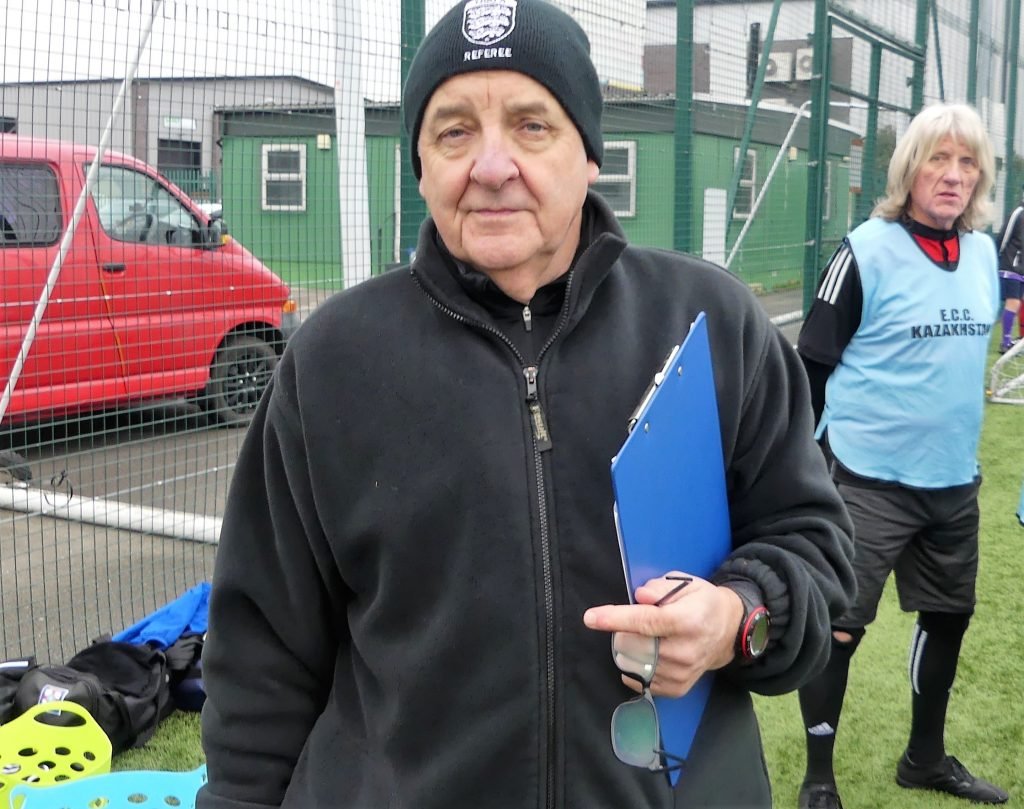 His main focus now is with refereeing Walking Football, where he has taken courses with the Walking Football Association ,  and both Manchester and Lancashire F.A.'s.  Garry  reckons he's officiated at over 750 games since he picked up his whistle again, some two and a half years ago.  He also qualified via the W.F.A.  as a tournament referee,  and last year took on the roles of coaching and mentoring other referees in the area, working closely with the Referee development officer for the W.F.A. Les Burgess.

Garry says the  refereeing 'highlight' so far was officiating at the WFA over 50's finals in Nottingham in 2019.

He also sits as a panel member on the disciplinary committee for Manchester County FA. so keeps in tune with the regular game. 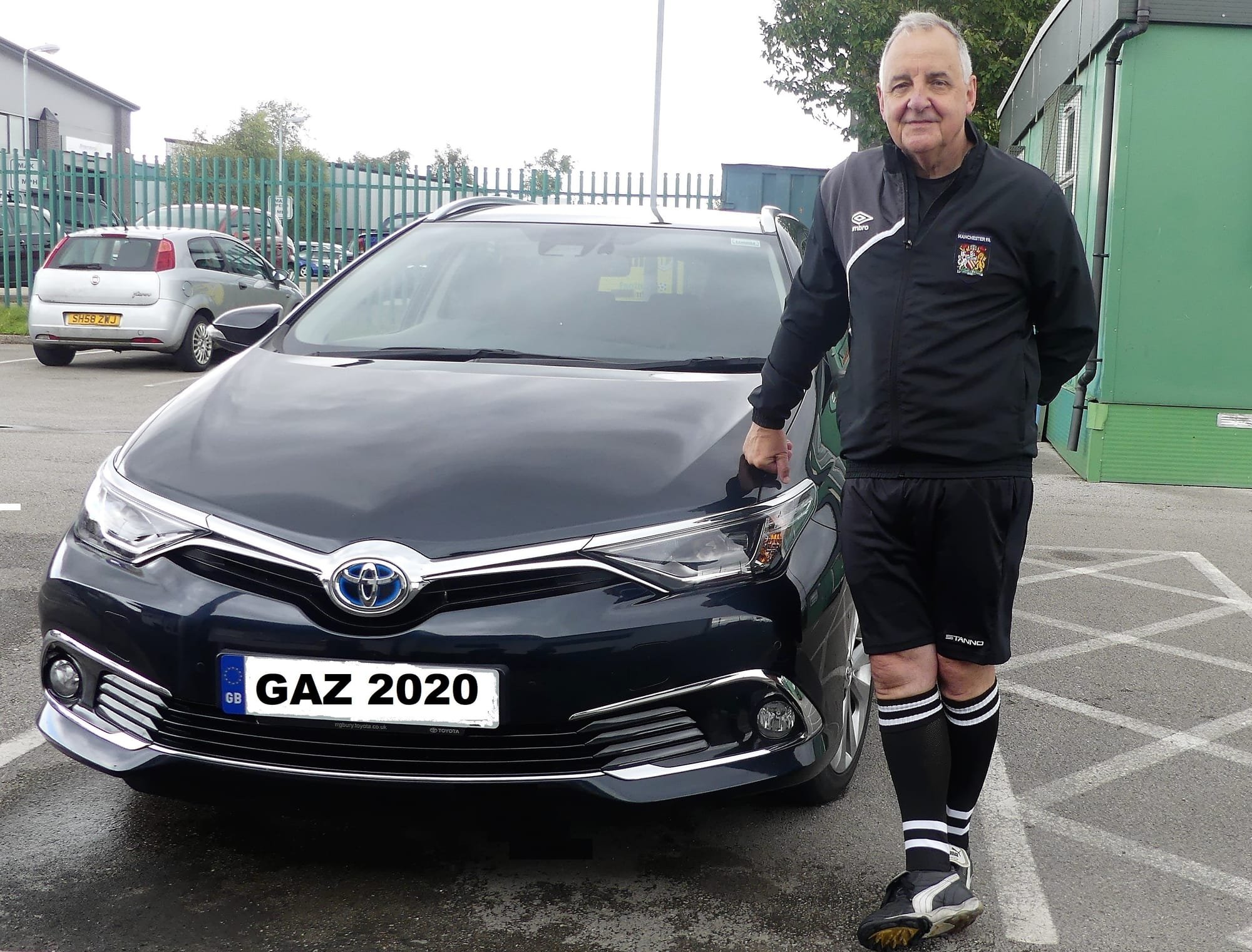 In conclusion we can see that if you cut Garry in half he'd have football of one kind and another written right through him. From his early days with his dad and brother roaring on the reds at Anfield,  through his five-a-side days and Refereeing  in what could often surely  be the near neanderthal world of big city pub football .  A move east to the Manchester area  saw him graduate to mentoring and encouraging generations of youngsters in the Stalybridge academy  with his voluntary work there.  And the logical progression to  a different game, a walking game  adapted for all of us ageing football troubadours who want to keep an involvement going for as  long as possible.

From my own point of view Denton W.F.G.  are lucky - in more ways than one -  to have Garry closely involved with our group. It's a pleasure to compile  and present his 'profile'. - AR.